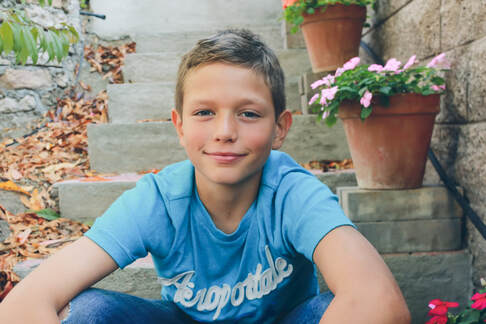 Charlie has been playing lacrosse since he was in second grade, He intends to continue playing and South Bay Outlaws, a lacrosse association for young people, has helped him gain an appreciation for the challenges and surprises inherent to the sport.

Academics and extracurricular activities are equally important to Charlie, and he enjoys taking classes that he knows are not going to be easy. While some might think of Charlie as shy, he won a speech contest at his school two years in a row, whereby he spoke in front of 1000 fellow students.

Charlie was nominated by his father, Arron Leverman, who was stationed in San Diego for his entire 20 years serving in the U.S. Navy, and is now proudly working as a defense contractor. Charlie, along with his parents and two siblings, recognize that their family has received many miracles, one of which is the Randy Jones Foundation Scholarship.
​
* * *
I like to challenge myself. Playing lacrosse has taught me to be willing to do things that are unexpected. (Charlie Leverman)