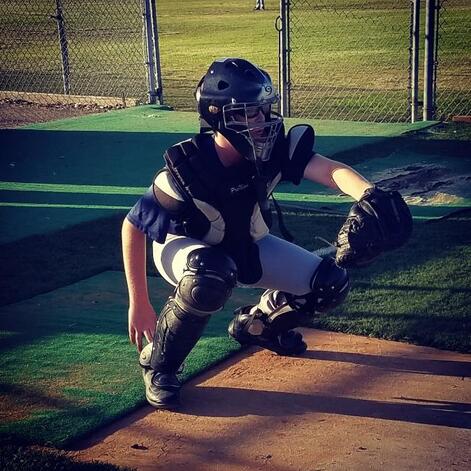 Dylan has played baseball for Hawks Baseball in recent years and is a distinct asset, always putting his team’s success above his own. He is passionate about the sport and intends to continue playing baseball throughout high school and college.

Academic success is something Dylan takes as seriously as his athletics. He has maintained a 4.0 GPA throughout his most recent school year because he puts the work in and knows this will continue to open future doors. Dylan is an optimist, choosing to see the positive in all areas of life: including his family, school and sports.

Dylan was nominated by his mother, Jayme Loomer; Dylan’s father, Marcus Loomer, served in the Army National Guard during several deployments overseas, including those in Bosnia and Iraq. Dylan is someone who has earned the opportunity to explore his talents without being hindered financially. The Randy Jones Foundation Scholarship will make a big difference in his life, now and in the future.

* * *
I know strong grades will be required to maintain my eligibility and keep my future options open. The scholarship will allow me to pursue teams that will allow me to strengthen my skills as well as attend camps and additional training. (Dylan Loomer)